Indra is a DJane from Croatia, active in music from her early ages. She plays at various events promoting alternative/psy culture (festivals like Lost Theory, Samsara, MoDem, Aurora...) as well as at the international radio stations. Today she is one of the residents at Mo:Dem, one of the best underground psychedelic festivals in Europe.

Indra's first serious excursion into world of music was 2002. when she edited music program and hosted the radio project "Baraka", world music show. As a part of DJ's and promoters gathered around the project Baraka Collective, she organized and acted at various ethnic-world, dub, downbeat events. From 2002. she started playing psychill. She was one of the residents and organizers of Chillibar events, most popular psychill events in Croatia.

In November 2014. her compilation Forest Garden was released on Maia Brasil Records including her favorite artists and many of them also involved in gardening and natural way of living. The compilation symbolize life cycle, transformation of the mankind and the Earth. It is a call for wake up and go back to the roots values and sustainable way of living, trough the mystical ancient sounds and deep dub bass following the heart beats.

Indra's sound is a fusion of floating and ambient atmospheres and deep dub bass lines with ethnic elements, including psydub, glitch, psychill and other downtempo to midtempo styles with a taste of psychedelic. As in a real life, she draws her inspiration from nature, spirituality and traditions of ancient cultures. She often includes live instruments in her sets (trumpet, bansouri, douduk, guitar, melodica, synth, percussions...). From 2016, great trumpeter Karlo Slavikovski joined her in her sets. 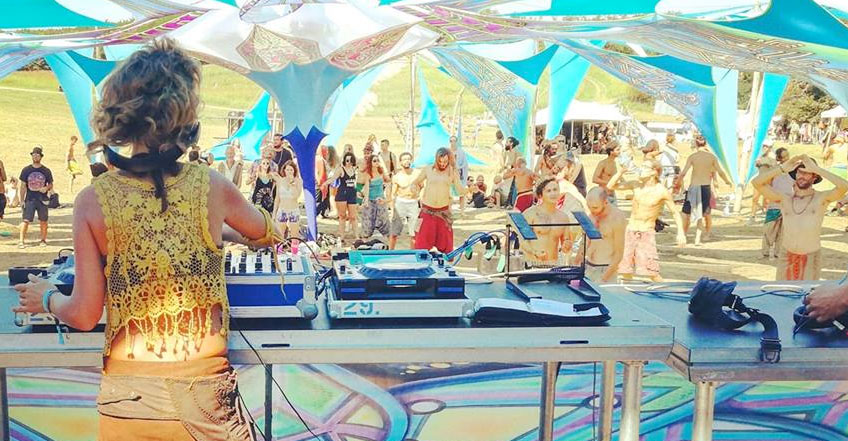