FLOOTING GROOVES is a musician/producer that likes to combine flute and other instruments with cool electronic fx resulting in pleasant feelings and deeper states of consciouness.His other page @fg-mix is focused on the higher bpm psychedelic dancy moodisPearce van der Merwe, born in South Africa, based in Italy at the moment.

Heavily influenced by groups like Pink Floyd, Ozric Tentacles, Led Zeppelin, Motorpsycho and Jethro Tull, he became interested in psytrance and electronica in 2000.In 2004 the Peaking Goddess Collective was born (Ajja, Dymons, Master Margherita, DJ Gaspard and Flooting Grooves being the core members) which also resulted in individual collaborations as well as various configurations of these artists. These collaborations became the key to improving his own production skills, resulting in the creation of his own music.The Flooting Grooves sound ranges from very chilled downtempo right up to more progressive beatz. Live performances are enhanced by the use of silver flute and computer fx.It is a fusion of live elements like flute, guitar and percussion , with a lot of ethnic-tribal influences, and electronica. The result s a melting pot of pleasurable psychedelia to groove the body and sooth the soul! 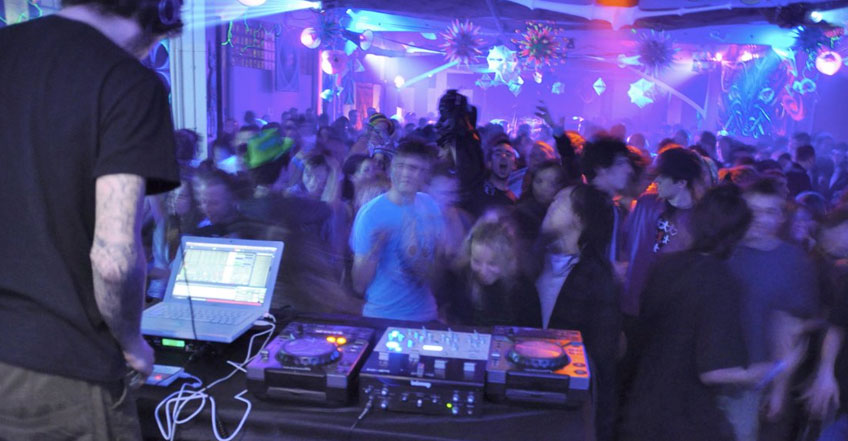