Psychedelic trance DJ from Banja Luka, Bosnia & Herzegovina. His first contact with electronic dance music was at the end of the year 1995. In the beginning it was Hard Trance, Acid and Hardcore-gabba. Few months later he meets Goa Trance through the sound of projects like Eat Static, Total Eclipse, Astral Projection, Juno Reactor, Cosmosis etc. In 1996 he began to take Goa / Psychedelic sound much more seriously, and started to collect tapes and CDs with this kind of music.

He started DJing in 2003, and cofound DJ association Inner Sunrise in 2005. In his DJ sets he plays styles depending of the time in which he plays. From Deep Dark psytrance, through Forest, to total psychedelic sound. He is also a good connoisseur of old school sound, which he began with.

In May 2012 he became official DJ for Forestdelic records. DaMzaH performed all across Bosnia & Herzegovina, Croatia, Italy, Macedonia, Serbia, Slovakia, Slovenia at the various parties and festivals such as Life Celebration, Sonica, Elysium Island, Free Mental, Psyalaska(we are in space), Inner Frequencies, Tides of Youth, Quadradelic... with artists such as Atriohm, Confo, Diksha, Fungus Funk, Malice in Wonderland, Kliment, Druru Nevil, ManMachine, UX/Kris Kylven, Ocelot, Chromatone, Power Source, Dimension 5, Altöm, …etc The last few years he devoted himself to issuing a compilations, which are Branch Nutation (2015), Quantum Transitions (2016), Modicum (2018), Supernaut (2020) signed for Forestdelic records. He is considered as one of the pioneers of psychedelic music and culture in Bosnia & Herzegovina. 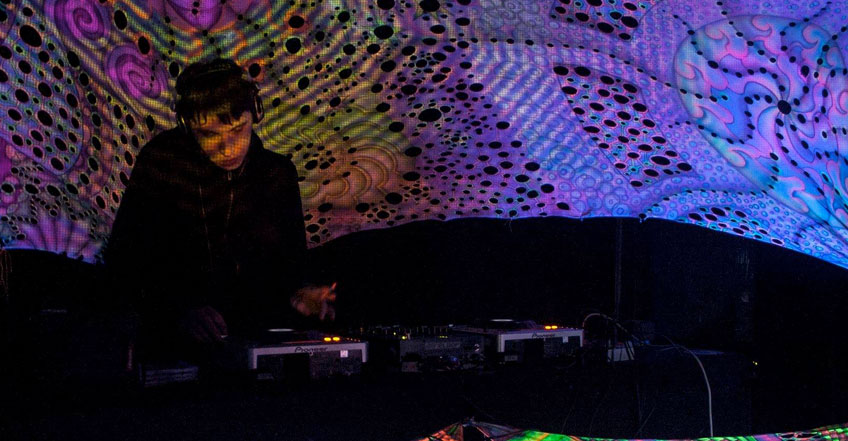