OMNISOMNIA is a project originating from the mind - in a synergy of Beatrice Pozzi's and Enrico Alpini's creativities. This original collaboration started in the summer 2016 from the strong relationship between these two musical personalities. What makes this project unique is the fusion of two distinct artistic paths, as the two artists grew up in two different music scenes.

Beatrice's history crosses harmonic environments. She was raised in a family practicing buddhist thought, and her inspiration comes from her early childhood: she was certainly influenced by the hypnotic soundscape of the mantras she used to hear then. As a little girl she learned how to play piano. Later she often was in Berlin, where she got involved in the techno-scene, sharing its dark and repetitive atmospheres. For almost one year she was part of UNKNWN, a post-rock/experimental Venetian band, and in 2014 she began her independent techno project as a dj.

Enrico Alpini's artistic training started when he was six and started to learn how to play different instruments, such as transverse flute and drums. In his early teenage years Enrico was part of several bands, both rock-prog and dub ones, and undertook his dj psy-trance project that led him to digital production. At the age of twentyone, with his Dharma project, Enrico became part of the Torino-based Looneymoon records, and started to perform in many parties and festivals all over the world, from Europe to India, sharing the stage with the best artists of the psy-trance scene.

OMNISOMNIA is a Kaleidoscopic and mind experience, characterized by a hybrid, organic and fluid sound, that will take you to an intense journey through meditative atmospheres and hypnotic matrixes, where perceptions are deeply stimulated. 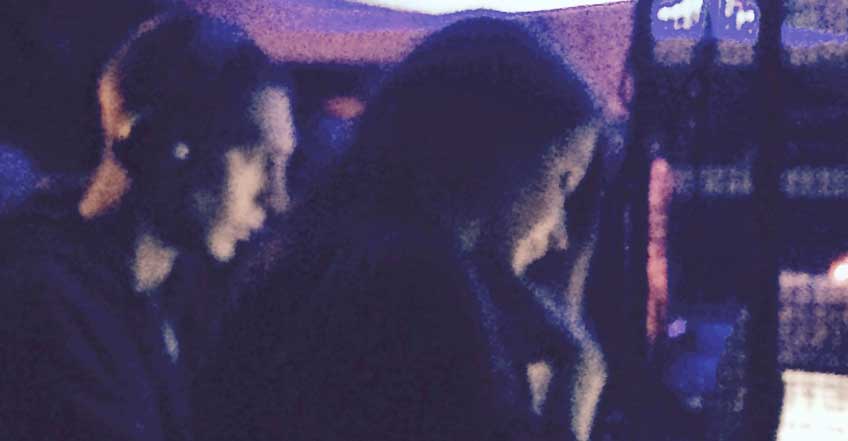