Dujo is a DJ, organizer and promoter based in Zagreb, active on the Croatian electronic music scene just under a decade. When mentioning his name it is usually tied to the project that has mostly marked his work but has also contributed to the rise of young, upcoming DJs - the River Festival.

A five-year-old platform for promotion of electronic music in Croatia was the stepping stone for all other big programs he’s behind along with several of his co-workers and like-minded people. One of these big programs is a nightclub event called Depandanse, which gives Zagreb club-goers a chance to party on New Year’s Eve with a last three year selected line-up of local and foreign artists such as Alessandro Adriani and Black Merlin. Aside from them Dujo has introduced Spanish artist K-Effect as well as Snuffo to the local scene and collaborates regularly with local DJs from all over Croatia.

Being from Duga Resa, near Karlovac, Dujo likes to come back to his hometown every few months to where his musical story began, the Mala Scena HD club. Thanks to Dujo Karlovac’s scene got to know many Croatian DJs they haven’t had the chance to hear before. Peculiar in character and with an exceptionally open approach towards music, Dujo doesn’t have boundaries when it comes to genres. However, his music is dominated by new beat, EBM, synth pop, italo disco and neo italo. Inspired by Belgium new beat, Dujo’s sets are filled with energy, happy creeps and unexpected twists which form a harmony ideal for a club podium or a dance under the night sky. Dujo personally enjoys b2b sessions where he gladly shows up either spontaneously or announced.

Always ready to take it a step further or start from scratch he is known as an entrepreneur, lovable and versatile, among Croatian DJs. 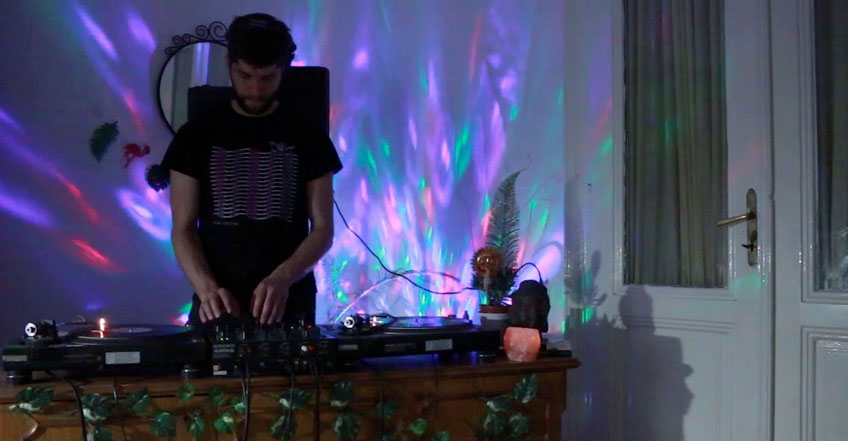